We are unbiased and impartial. We are not owned by, or tied to, any product provider.

Lyford Investment Management Limited is operated and owned by Alison & Richard Renfrew. The company provides advice based on decades of experience. Both Alison and Richard are Financial Advisers and have earned their Diplomas in Financial Planning. They are both Certified Financial Planners (CFP is an internationally recognised designation). In addition to Lyfords UK Pension Transfer service, Lyfords provides advice on wealth management,  diversified investment portfolios, retirement planning, KiwiSaver and personal insurances.

Alison has a long history of providing financial advice to her clients.

After graduating from Victoria University with a BSc in 1980, she joined an international financial services company in 1983. Alison mainly sold life insurance and investment products. She was the first woman in the company to qualify for the prestigious Blue Ribbon award in her first year, and was the first woman to qualify for the Silver Ribbon award.

In 1989 Alison sold her business and moved to the UK where she established a new client base in financial services.

On returning to New Zealand, Alison established her own financial planning company where she applied her overseas experience and knowledge. Creating Wealth Limited was established in 1994 and was re-branded in 2005 to the Lyfords group of companies.

Alison has qualified by examination to be a member of the New Zealand Institute of Chartered Insurance and Investment Advisers (1998). In 2001 she qualified by examination to be a Certified Financial Planner (2001). She is entitled to use the distinctive titles and designations CLU – Chartered Life Underwriter and CFP – Certified Financial Planner, the pinnacle of professional attainment. Alison is the second person and the first woman in New Zealand to hold both CLU and CFP. Even now, fewer than 1% of advisers in New Zealand hold both qualifications.

In 2004, Alison won the Financial Planner of the Year Award.

Alison complies with the Continuing Education requirements of the industry organisation Financial Advice New Zealand, and has been awarded the Trusted Adviser mark. She abides by the organisation’s Code of Ethics and Professional Conduct. 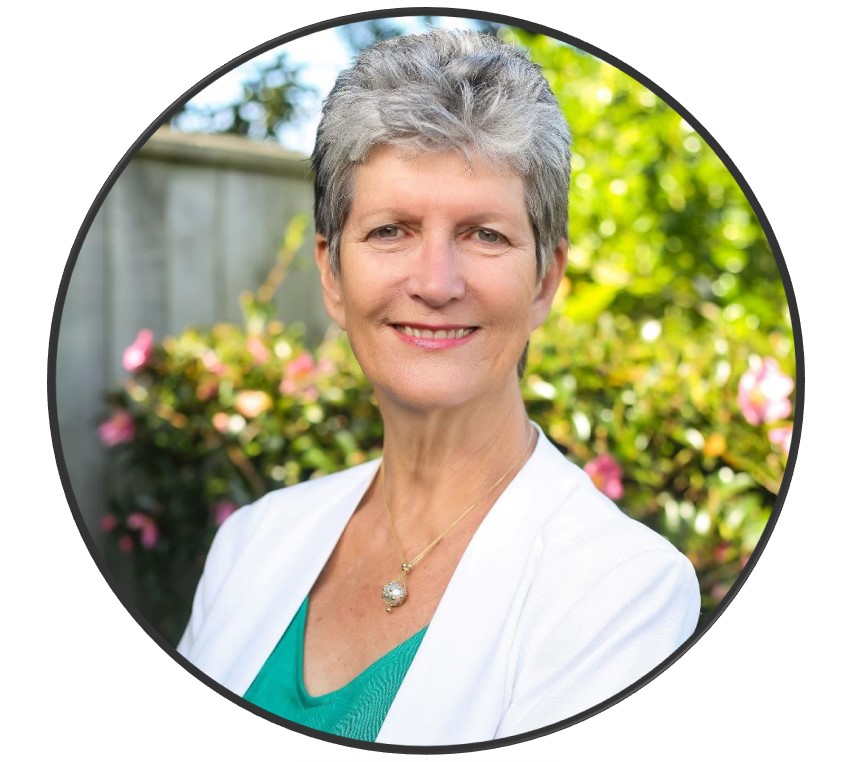 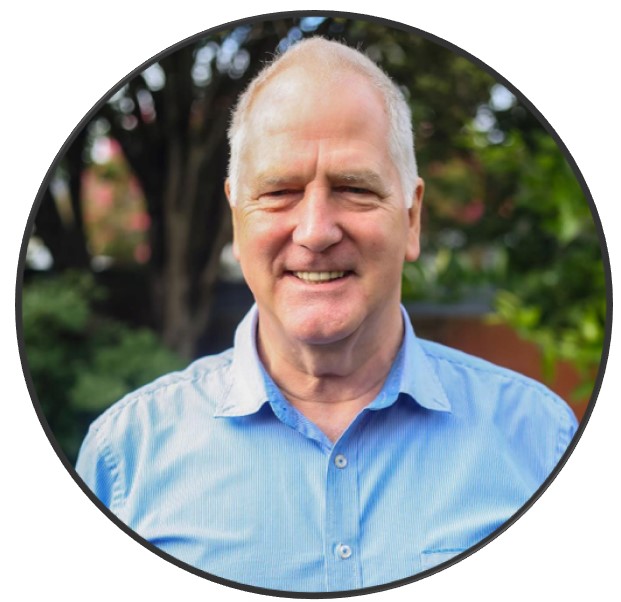 Richard went to Wellington College, and then on to Victoria University, where he completed a Bachelor of Science degree, Master of Science (Honours) and a PhD in Inorganic Chemistry. Whilst writing his thesis on reaction kinetics for his PhD, Richard worked at Mobil Oil New Zealand Limited. Upon obtaining his PhD, Richard continued to work for Mobil full time in a range of capacities. He also had an extensive overseas assignment with Mobil at their UK domiciled international research laboratory at Coryton in the UK.

He has a keen interest in the outdoors, having been an active member and committee member of both the Wellington Sky Divers Club and the Tararua Tramping Club. Richard has also served as the treasurer of the Wellington branch of the New Zealand Institute of Chemistry. A feature of Richard’s office is a marine reef aquarium. He and Alison have adventure kayaked with icebergs in both the Antarctic (2015) and Arctic (2017, 2018) regions and enjoy travelling.

After 13 years with Mobil, he retired, financially independent, in order to spend two years as a full time caregiver to his two year old son, Ricky. From there, Richard decided that he needed further challenges and joined Alison in 1994 when she started Creating Wealth Ltd. In April 2005 the Creating Wealth group of companies was re-branded to Lyfords.

He has a Diploma in Personal Financial planning from Waikato University and a Diploma in Business Administration from Victoria University. He is entitled to use the distinctive title and designation CFP – Certified Financial Planner, the pinnacle of professional attainment.

While Richard is one of the most highly qualified investment advisers in New Zealand he has the ability to make what appear to be complex ideas easily understood. His analytical skills, discipline, ability to think clearly brings a superior level of skills to Lyfords and to its client base. Richard complies with the Continuing Education requirements of the industry organisation Financial Advice New Zealand and has been awarded the Trusted Advisor mark. 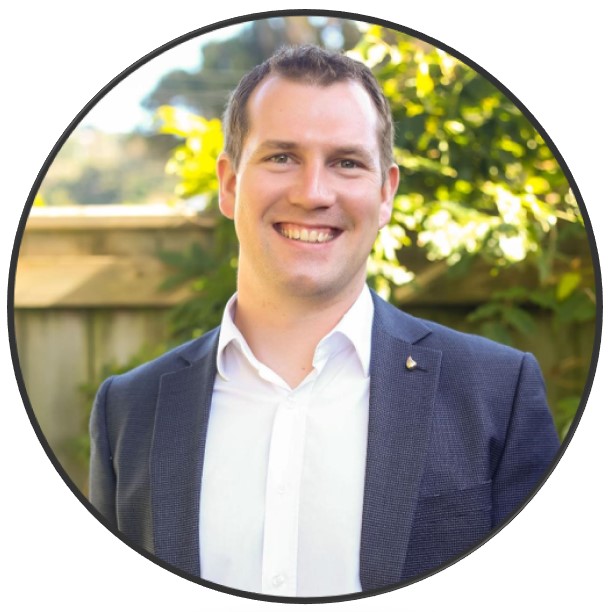 Richard’s passion for business and money started early. His parents recall a time when he was eight and they were walking along the Wellington waterfront. They came across a busker playing a piano accordion. After listening and walking away Richard asked “how much do you think he makes?” His parents replied maybe $200 to $300 in a day. After a few minutes Richard said “when I grow up I am … (his parents thought, “Oh no he’s going to say he wants to be a busker too”) … going to employ one over there and there and there”. Much to their relief he was already thinking about the power of leverage.

When Richard was a seven year old he used to sell ‘magic bookmarks’. The funds earned from selling these bookmarks enabled him to participate in more hobbies and Wellington adventure activities. At age 12 he made an investment in equities of $2,000.

Ultimately, these earlier choices helped him turn an adventure sport of paintball into a business around the age of 18. Cashing up his equities enabled him to set up Paintball Corp in 2014 in Willis Street, central Wellington. Paintball Corp grew into a successful business which allowed him to expand by buying a competitor’s business. His company was a finalist in the 2018 Business Excellence Awards for Best Small Business.

Whilst Paintball was an avenue for his business acumen his study at Victoria University in Physics aligned his analytical nature and passion for finding solutions to problems. Becoming a financial adviser was almost an inevitable outcome based on his learned skills in business, financial analysis and motivating people.

He worked in another Financial Advisory firm in Wellington before joining his parents’ business; Lyford Investment Management Ltd (Lyfords) in March 2020.

Richard is fluent in NZ Sign Language and is learning Te Reo Māori.

Lucy has extensive experience in marketing, sales and administration. She has worked with Lyfords since 2013.

She is responsible for client care and support, administration services and supporting the directors. She has extensive experience communicating with UK pension providers . She assists clients to transfer their UK pension funds into New Zealand QROPS which are HMRC approved NZ pension schemes.

Lucy has a Bachelor of Business degree, majoring in Marketing. 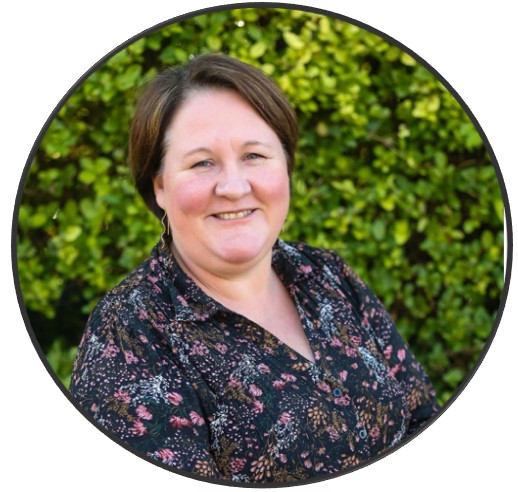 “We chose Lyfords to help us with transferring our pensions because they provided clear advice that enabled us to make an informed decision on the value to us of transferring our UK pensions.”